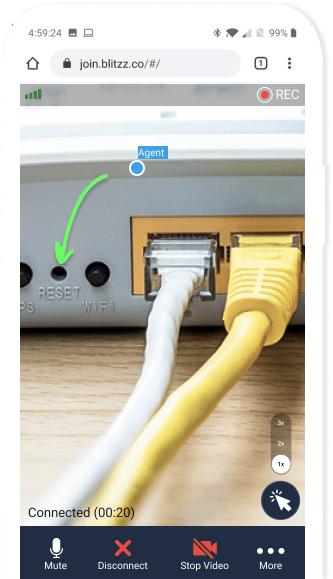 “The future is already here – it’s just not very evenly distributed,” the science fiction writer William Gibson once wrote. That seems like an apt quote to apply to “AR” (augmented reality) and “VR” (virtual reality). While AR and VR provide vital functions in many industries, they often don’t factor into plenty of people’s realities. So to appreciate their use and potential, let’s go over both terms, where they originated, and where they’re likely headed.

Someone who’d never heard of “AR” and “VR” might be forgiven for assuming they were types of video recorders or motor vehicles. Actually, they are terms for technology that changes the way we literally see the world. The basic difference between the two is that AR enhances or modifies that world, while VR creates an entirely new world.
An example of AR might include a Snapchat lens that sprouts bunny-ears out of your head or turns your nose into a fawn’s snout on your screen. When you take a snap on your phone, your surroundings beyond the screen still occupy most of your field of vision. VR is more immersive. If you put on the Oculus Rift headset, all you can see is the video game you’re playing, and it really does seem as if you’ve stepped out of your living room and into the Star Trek spaceship or a zombie apocalypse.

Scientists and military engineers had been experimenting with AR and VR through the 20th century, but many people claim that the video game industry took it mainstream. After all, it’s a natural fit: What’s more exciting for a gamer than to be plunked down inside the video game he’s playing? Today, AR and VR dominate this market to such an extent that people can …

The list goes on. At the same time, AR and VR have also expanded beyond video gaming. They now have real-world applicability in a number of different fields. Here are just a few: